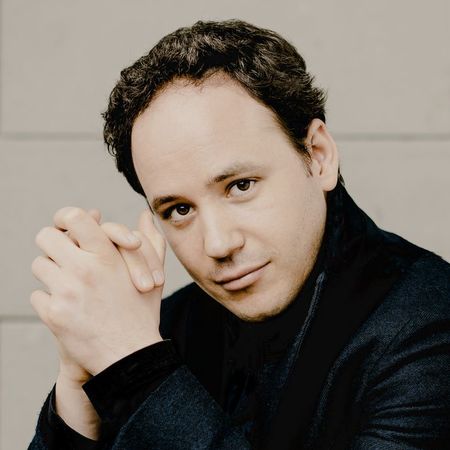 In the 2019/20 season Gergely Madaras begins his tenure as Music Director of the Orchestre Philharmonique Royal de Liège. As well as curating several series in Liège and at the Bozar in Brussels, his inaugural season includes three CD recordings, a continued collaboration with Mezzo HD as well as a tour to the Bucharest Enescu Festival. Gergely also continues as Chief Conductor of the Savaria Symphony Orchestra in his native Hungary, a post he occupies since 2014. He was previously music Director of the Orchestre Dijon Bourgogne from 2013-2019.

Highlights of the 2019/20 season include Gergely’s debut with Netherlands Philharmonic at the Concertgebouw, where he will also make a second appearance for his Netherlands Radio Philharmonic debut in August 2020. Gergely has further debuts with BBC National Orchestra of Wales, Norwegian Radio Orchestra and the chamber orchestras of Lausanne and Geneva. Gergely returns once more to the Hallé for several UK appearances throughout the season. Other re-invitations include Philharmonia Orchestra, Orchestre National de Montpellier, BBC Scottish Symphony and the BBC Singers.

The previous season saw Gergely opening the 2018 Milano Musica Festival at La Scala, his debut at the Philharmonie de Paris with the Lucerne Festival Academy Orchestra, his debuts at the Barbican and Royal Festival Hall in London as well as Suntory Hall in Tokyo.

While Gergely is grounded in the core classical and romantic repertoire, he maintains a close relationship with new music. He has collaborated closely with composers Geroge Benjamin, Péter Eötvös, György Kurtág, Tristan Murail, Luca Francesconi and Pierre Boulez, for whom he served as assistant conductor at the Lucerne Festival Academy between 2011- 2013. He conducted over 100 works written after 1970, including many world premieres.

Gergely has also established a fine reputation as an opera conductor. In 2012 he was the inaugural Sir Charles Mackerras Fellow at the English National Opera. The fellowship culminated in his debut with the company, where he conducted Simon McBurney’s new production of Magic Flute at the London Coliseum. Since then he has conducted highly praised productions of Le nozze di Figaro, Die Zauberflöte, Otello, La traviata, La Bohème and Lucia di Lammermoor at such houses as the Dutch National Opera, Grand Théâtre de Genève (with Orchestre de la Suisse Romande) and Hungarian State Opera, among others. Prompted by a keen interest in re-discovering rarely performed works, Gergely has also conducted productions of Goldmark’s Ein Wintermärchen, Grieg’s Peer Gynt, Barber’s Vanessa, Donizetti’s Viva la Mamma and Offenbach’s Fantasio.

Born in Budapest in 1984, Gergely first began studying folk music with the last generation of authentic Hungarian Gipsy and peasant musicians at the age of five. He then went on to study classical flute, violin and composition, graduating from the flute faculty of the Liszt Academy in Budapest, as well as the conducting faculty of the University of Music and Performing Arts in Vienna. Besides his varied musical activities, Gergely retains a deep passion for Magyar music, and is an ambitious advocate of Bartók, Kodály and Dohnányi, both at home and abroad, having conducted nearly the complete orchestral repertoire of these composers.