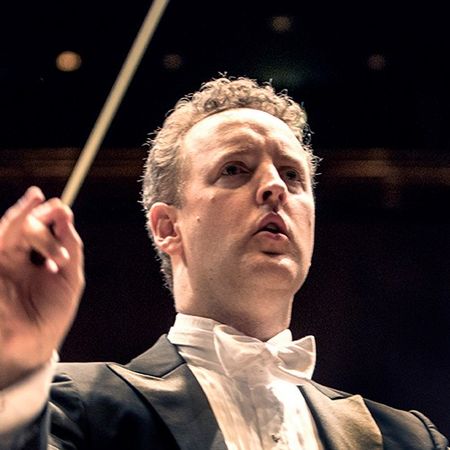 Michael Francis has quickly established himself as one of the leading international conductors of today. With the start of the 2019-20 season, Francis begins his tenure as Chief Conductor of Deutsche Staatsphilharmonie Rheinland-Pfalz. Appointed Music Director of the Florida Orchestra in the fall of 2014, he is now entering his fifth season with a contract extension through the 2023-24 season. His role in building a wide variety of transformative community engagement initiatives has significantly grown the organization. Since 2014 as Music Director of the Mainly Mozart Festival in San Diego, California with a contract renewal through the summer of 2023, he continues his ambitious multi-year exploration of Mozart’s life. He was Chief Conductor and Artistic Advisor of the Norrköping Symphony Orchestra from 2012- 16.

For the 2019-20 season, upcoming engagements include a debut with the Detroit Symphony for their season opening, as well as return performances with the Indianapolis Symphony, Minnesota Orchestra, Tampere Philharmonic, Philharmonia, MDR Leipzig, RSB Berlin and Rundfunk-Sinfonieorchester Saarbrücken.

Educational outreach with young musicians is of utmost priority for Maestro Francis. He returns to the National Youth Orchestra of Canada during the summer of 2020, having conducted their Spanish tour in 2019. He has also frequently conducted Miami’s New World Symphony and the National Youth Orchestra of Scotland. Francis works on a regular basis with young musicians in Florida as part of the orchestra's community engagement initiative.

A former double-bass player in the London Symphony Orchestra (LSO), Michael Francis came to prominence as a conductor in January of 2007 stepping in for Valery Gergiev and John Adams with the LSO.

Francis makes his home in Tampa, FL with his wife Cindy and four-year-old daughter Annabella.