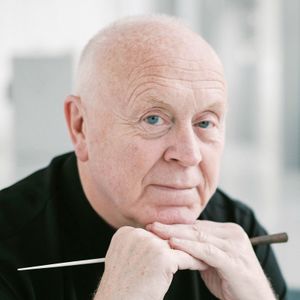 "Peter Stark’s performances are exhilarating, imaginative and thought-provoking. His teaching has inspired thousands of musicians across the world. At the heart of all Peter’s work as conductor, teacher and consultant lies a passion and commitment to the study and practice of music to profit humanity.

Peter’s reputation as a teacher and trainer is renowned. He is Professor of Conducting at the Royal College of Music in London and Rehearsal Director of the European Union Youth Orchestra. He was Conductor-in-Residence with the National Youth Orchestra of Great Britain for 25 years. From 2015 he has given regular masterclasses in five of the major conservatories in China, and at the State Conservatory of St Petersburg. In the current season Peter conducts performances in China, Norway, Singapore and the United Arab Emirates, as well as many venues across Europe. In 2017 he was appointed Principal Conductor of the Arabian Youth Orchestra and in 2018 Principal Guest Conductor of the Singapore National Youth Orchestra.

An increasing interest in media work was originally inspired by his involvement in the BBC 2's series 'Maestro' and ‘Maestro at the Opera’ when, as Series Consultant he presided over the teaching of celebrity ‘students’. Peter has also featured on BBC 4 as a 'Maestro Cam' expert for BBC Promenade concerts. He is currently engaged in writing book on the psychology of leadership, using the relationship between conductor and orchestra as his vehicle."