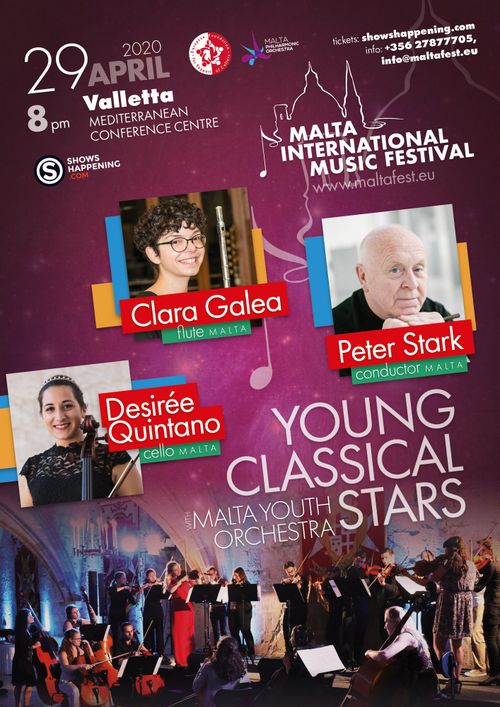 "Peter Stark’s performances are exhilarating, imaginative and thought-provoking. His teaching has inspired thousands of musicians across the world. At the heart of all Peter’s work as conductor, teacher and consultant lies a passion and commitment to the study and practice of music to profit humanity.
READ MORE ↓

Peter’s reputation as a teacher and trainer is renowned. He is Professor of Conducting at the Royal College of Music in London and Rehearsal Director of the European Union Youth Orchestra. He was Conductor-in-Residence with the National Youth Orchestra of Great Britain for 25 years. From 2015 he has given regular masterclasses in five of the major conservatories in China, and at the State Conservatory of St Petersburg. In the current season Peter conducts performances in China, Norway, Singapore and the United Arab Emirates, as well as many venues across Europe. In 2017 he was appointed Principal Conductor of the Arabian Youth Orchestra and in 2018 Principal Guest Conductor of the Singapore National Youth Orchestra.

An increasing interest in media work was originally inspired by his involvement in the BBC 2's series 'Maestro' and ‘Maestro at the Opera’ when, as Series Consultant he presided over the teaching of celebrity ‘students’. Peter has also featured on BBC 4 as a 'Maestro Cam' expert for BBC Promenade concerts. He is currently engaged in writing book on the psychology of leadership, using the relationship between conductor and orchestra as his vehicle."

Clara Galea is currently on her third year of the Malta Philharmonic Orchestra Internship Programme, through which she performs regularly with the orchestra on flute and piccolo under the tutelage of principal flautist Rebecca Hall. She also forms part of the Malta Youth Orchestra and regularly leads the flute section as first flautist. Clara's studies in music began at the then Johann Strauss School of Music in Valletta, where she took flute lessons with teachers Ramona Zammit Formosa and Silvio Zammit. In 2012 she moved to Edinburgh, where she lived for five years to compete both her Bachelor of Music and Master of Music studies. At Edinburgh Napier University, Clara studied with flautist Andrea Kuypers, and wrote her undergraduate dissertation under the supervision of composer Dr Katrina Burton. As a postgraduate, Clara studied Musicology at the University of Edinburgh with leading researchers such as Prof Peter Nelson, Dr Benedict Taylor and Dr Elaine Kelly. In her final dissertation, supervised by composer and theorist Prof Peter Nelson, she chose to focus on soundscape composition, a subcategory of electroacoustic music that brings together music, culture and the environment.
READ MORE ↓

Clara studied abroad as a recipient of both the Ian Tomlin Napier/Malta Scholarship and the Malta Arts Scholarship. Clara has also attended several flute masterclasses over the years, some of the most significant of which include Andrea Oliva at the Ticino Musica Festival in 2019, the Galway Flute Festival in 2018 with Sir James and Lady Jeanne Galway, Othonas Gkogkas in 2018 and Katherine Bryan in 2012. Clara has also taken part in diverse musical activities both in Malta and Scotland. The most memorable include a flute and piano recital with Gisèle Grima in June 2019, touring abroad with the Malta Philharmonic Orchestra, performing with the National Youth Orchestra of Scotland in China, and performing with duo partner Laura Cioffi (Duo Aulos) as soloists with the Edinburgh Napier Chamber Orchestra.

Desirée Quintano began her musical studies with Mario Psaila at the age of five later obtaining the Licentiate of the Royal School of Music (LRSM) through the direction of Peter Flanagan. She participated in masterclasses led by Iagoba Fanlo, Narek Hakhnazaryan, Alison McGillivray, Alan Rafferty, Peter Stark and David Watkin. She is the cello section leader of the Malta Youth Orchestra and was on an internship programme with the Malta Philharmonic Orchestra between 2016-2018 with whom she toured in Germany, Vienna, USA and Russia. She also performed with international orchestras including the Commonwealth Youth Orchestra in London, playing for HM The Queen, with BISYOC orchestra in England and Norway, and in 2015 travelled to Bayreuth, Germany to play in a symphony orchestra for the 65th Young Artists Festival. In 2016, she was chosen to participate in the European Union Baroque Orchestra (EUBO), an intensive course in Baroque music held in Luxembourg and also played with the Stoneleigh Youth Orchestra (Slovenia) in 2017. Desirée performed in a side-by-side concert with the Royal Concertgebouw Orchestra in 2018 as well as side-by-side with the Bournemouth Symphony Orchestra and the Philharmonia Orchestra in 2019.
READ MORE ↓

As a chamber musician, she performs regularly with the Malkonia String Quartet which together they have won the 2019 John Barbirolli competition. Desirée was also given the Bibby Award by the worshipful Company of Cutlers for 2018/19 in the UK.

Currently Desirée is in her postgraduate studies in cello performance at Trinity Laban Conservatoire in London as a Trinity College London Scholar under the guidance of Naomi Butterworth and previously with Richard Markson. She is very grateful for being generously supported by the BOV Joseph Calleja Foundation, Janatha Stubbs Foundation and The Malta Philharmonic Orchestra Scholarship Scheme.

She also graduated with Bachelor of Arts in History of Art and Maltese in 2015 and Master of Arts in Baroque Studies in 2016 at the University of Malta.

The Malta Youth Orchestra (MYO) aims to skill Malta’s talented young orchestral musicians, while giving them opportunities to develop their ambition and aspirations. Operating in collaboration with the MPO Academy, the MYO nurtures a sense of professionality in our young musicians, through regular rehearsals, workshops, masterclasses and performances with local and international music tutors. The MYO made its first public appearance in December 2004 during a concert held at the President’s Palace in Valletta under the direction of Michael Laus. Between 2011 and 2014 the MYO rehearsed regularly under the direction of conductor Joseph Vella, and has since then been working with a variety of prominent local and international conductors, including Peter Stark, Robert Hodge, Kelly Kuo and Michalis Economou.
READ MORE ↓

Despite being essentially a student orchestra, the MYO tackles core classical repertoire spanning several centuries and genres.  The MYO has been busily engaged since its conception in various concerts including participation during Notte Bianca, Christmas concerts, bespoke performances for the Żigużajg Festival and the highly successful MPO & MYO Concerts at Pjazza San Gorg in Valletta.

The 2018/19 season promises to build on the achievements of the previous one.  It has kicked off with the second edition of the MYO Summer Camp, under the direction of renowned Singaporean conductor Darrell Ang and which culminated in an open-air concert at the entrance of Valletta.

The MYO has also maintained its annual appointment with the Żigużajg Festival, MALTA YOUTH ORCHESTRA with this season’s project presenting a special adaptation of Henrik Ibsen’s play Peer Gynt, with the orchestra playing the famous incidental music Edvard Grieg penned for the play. MYO musicians have also entertained the crowds in Notte Bianca and the Three Palaces festival.

Another annual tradition for the MYO is its Christmas concert, which will this year see the orchestra team up with another youth ensemble – the jazz orchestra BBB Jnr – for a concert of Christmas-themed swing, jazz and pop numbers.

The MYO will also prepare a concert for Easter, but this time round, this will mark its first participation in the Malta International Music Festival. Together with piano prodigy Laetitia Amodio, the MYO will be debuting in a festival that has hosted world-renowned musicians such as Maxim Vengerov and Grigory Sokolov.

The Malta Youth Orchestra (MYO) aims to skill Malta’s talented young orchestral musicians, while giving them opportunities to develop their ambition and aspirations. Operating in collaboration with the MPO Academy, the MYO nurtures a sense of professionality in our young musicians, through regular rehearsals, workshops, masterclasses and performances with local and international music tutors. Our purpose is for the MYO to be the aspirational milestone for Malta’s young musicians and for them to become the future musicians of the Malta Philharmonic Orchestra and the catalysts for our country’s cultural development.

Concertino for Flute
and Orchestra