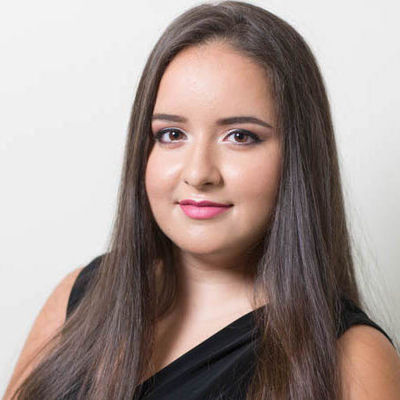 22-year old Bernice Sammut Attard is one of Malta’s leading young musicians. She is a pianist and violinist who just finished her 4th and final year of her Bachelor of Music degree at the Royal Conservatoire of Scotland, Glasgow (a world Top 3 institution in the QS World University Rankings 2021). She studies piano with Professors Fali Pavri and Petras Geniušas. Ruth Hahn is her violin teacher. In September, Bernice will start her Masters. Most recently, Bernice has been awarded the Conservatoire’s prestigious Sibelius Essay Prize for her work on Scriabin’s Modernist Ideas and the ABRSM Teaching Diploma with Distinction. She is the winner of the Malta Eurovision Young Musicians 2018 competition and represented Malta in Edinburgh in the same year, giving an 18-min recital which was broadcasted live and watched by around 5 million people - a performance which was highly praised amongst many local and foreign musicians. She has performed in many countries including the UK, Poland, Germany, Belgium, the Netherlands, Russia, Armenia, Kazakhstan and Seattle.

On the 4th of June 2022, Bernice played a recital at the Mediterranean Conference Centre in Malta consisting of works by Wagner/Liszt, Bach, Bartok and Chopin.

At the start of this year, Bernice played Rachmaninoff’s 2nd Piano Concerto with her professor Petras Geniušas. This year’s conservatoire projects included her playing the Dvorak Piano Quintet, a solo piano recital in June and playing as part of a piano duo during the Piano Festival.

In 2020, she was very lucky to have had her piano recital happen exactly prior to the cancellation of events due to the Covid-19 pandemic. On the 1st of March, Bernice gave a 1hr piano recital at the Mediterranean Conference Centre in Malta.

Bernice performed the Grieg Piano Concerto with a number of orchestras ‒ including the North Caucasus Orchestra, the Eurasian Symphony Orchestra, the Ryazan Symphony Orchestra and the Astrakhan Symphony of the Astrakhan Opera and Ballet Theatre ‒ collaborating with conductors like Alexei Galea Cavallazzi, Mikhail Kirchhoff, Sergey Oselkov and William Garfield Walker. These concerts were organised by the European Foundation for support of Culture as part of the “Days of Maltese Music” programme in Armenia, Kazakhstan and Russia.

She was the first Maltese to attend the UK’s prestigious music school – Chetham’s School of Music, in Manchester, where she attended 6th form and studied piano and violin as a joint principal study with Duncan Glenday and Ruth Hahn respectively from 2016-2018. In Malta, she started her music studies at an early age, studying piano with Karen Briscoe and violin with Marcelline Agius.