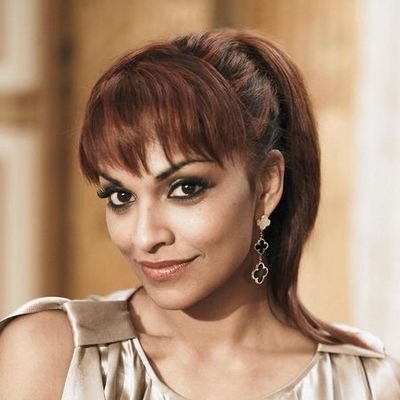 Danielle de Niese has been hailed as “opera’s coolest soprano” by New York Times Magazine and “not just a superb performer, but a phenomenal one” by Opera News. A multi-faceted artist, de Niese has gained wide recognition for her superb stagecraft, assured singing and her ability to communicate on every level. She regularly appears on the world’s most prestigious opera and concert stages and is a prolific recording artist, TV personality and philanthropist.

In the 2019/20 season de Niese makes a highly anticipated debut at Teatro alla Scala as Cleopatra in Robert Carsen’s new production of Giulio Cesare, one of her signature roles. She also returns home to Los Angeles, where she made her operatic debut at the age of 15 to sing the title role in the world premiere of Matthew Aucoin’s highly anticipated new opera Eurydice as well as making a hugely exciting role debut as Blanche in Barrie Kosky’s new production of Dialogues des Carmélites at Glyndebourne.

In the previous season she returned to Lyric Opera of Chicago, to sing Musetta La bohème in Richard Jones’ acclaimed production, a role for which she garnered huge acclaim at Royal Opera House, Covent Garden. She also starred as Norina in Laurent Pelly’s production of Don Pasquale at La Monnaie and made her role debut as Cendrillon at Glyndebourne in a new production by Fiona Shaw. De Niese also made a hugely successful west end debut in as Aldonza and Dulcinea Man of La Mancha alongside Kelsey Grammer at the London Coliseum. On the recital platform she appeared at the Cheltenham Festival in their 75th anniversary season.

Recent highlights include a sensational debut as Hanna Glawari with Opera Australia in a new production of Merry Widow, first presented in Melbourne and reopening in Sydney with a gala performance on New Year’s Eve; a return to Royal Opera House where she sang her first Musetta to huge public and critical acclaim; Norina Don Pasquale at Wiener Staatsoper; the hugely successful Wonderful Town with Sir Simon Rattle and the London Symphony Orchestra, which was subsequently released on CD and for which she was nominated for the Opus Klassik Female Artist of the Year. Other concert appearances include successful solo tours in the Middle East and in Asia; an opera gala with the RTE National Symphony Orchestra; headlining the BBC Biggest Weekend at Scone Palace in Perth; and a chamber music evening curated by De Niese, part of the reopening of the Queen Elisabeth Hall at the Southbank Centre where together with her guests Menahem Pressler, Sir James Galway, Mark Simpson

and the Navarra String Quartet she performed music by Roussel, Schubert and Chausson.

Further successes include a double header for the BBC Proms, singing at the Last Night of the Proms at the Royal Albert Hall opposite Jonas Kaufmann, broadcast worldwide, and at Proms in the Park in Hyde Park as well as appearances at the Ravinia Festival in Chicago and gala concerts with the Fort Worth Symphony Orchestra and in St Petersburg at ‘Classics at the Palace Square’. Audiences in the UK have heard her in recital with Julius Drake at the Barbican, the Snape Proms and at the Birmingham Conservatoire as part of the Celebrity Recital Series. Her operatic engagements included the world premiere of Jimmy López’s Bel Canto at Lyric Opera of Chicago conducted by Sir Andrew Davis, her role debut as Donna Elvira Don Giovanni with Semperoper Dresden, Norina Don Pasquale in her company debut with Wiener Staatsoper, Adina L’elisir d'amore at the Opera national du Rhin, Rodelinda and Poppea Agrippina at Theater an der Wien and the new production of Il Barbiere di Siviglia as Rosina at the Glyndebourne Festival and BBC Proms. Further operatic appearances include Concepción L’heure espagnole and L’Enfant L’Enfant et les Sortilèges, Norina Don Pasquale, Adina L’Elisir d’amore at Glyndebourne Festival Opera; Susanna Le nozze di Figaro, Ariel The Enchanted Island, and Despina Così fan tutte , all at the Metropolitan Opera New York; the title role L'incoronazione di Poppea at Teatro Real Madrid; Partenope and Susanna Le Nozze di Figaro at San Francisco Opera; the title role of Semele at Theâtre des Champs-Elysees; the title role of La Calisto at Bayerische Staatsoper; and Poppea Agrippina at Gran Teatre del Liceu Barcelona.

Born in Australia to parents of Sri Lankan and Dutch heritage, de Niese, became at the age of eighteen, the youngest ever singer to enter the Metropolitan Opera’s prestigious Lindemann Young Artist Development Program. One year later she made her Metropolitan Opera debut under James Levine, as Barbarina in Jonathan Miller’s acclaimed new production of Mozart’s Le nozze di Figaro. On the strength of her performance, de Niese went on to make major debuts at the Opéra National de Paris, Saito Kinen Festival and Netherlands Opera. In 2005 de Niese made her Glyndebourne Festival debut as Cleopatra in Sir David McVicar’s production of Handel’s Giulio Cesare and was catapulted to international fame. She has since reprised the role in the 2009 Glyndebourne revival, and in 2013 at the Metropolitan Opera, always to critical praise.

A prolific recording artist, her debut recording for Decca, Handel Arias, was awarded the prestigious Orphée d'Or from and the much-coveted ECHO Klassik award, as well as earning her a Classical Brit Award nomination for Female Artist of the Year. The Mozart Album, Diva, and Beauty of the Baroque followed.

A TV and media personality, De Niese won her first Emmy at the age of 16, when hosting a weekly arts showcase for teenagers at a Los Angeles local television. Her many TV appearances received widespread attention whilst her BBC documentaries such as Diva Diaries, The Birth of an Opera and the most recent and highly praised Unsung Heroines attest her extraordinary passion for the artform she represents and tireless commitment to bringing new audiences to it.

Offstage, de Niese is an advocate for children’s rights and a passionate philanthropist and has been named by Marie Claire magazine on its influential list of “Women on Top”. She is an Ambassador for HRH The Prince of Wales’ Foundation for Children and the Arts, a patron of Future Talent, which assists young musicians and singers with financial support and guidance and is an Artist Member of the Mannes Board of Governors. For the past year, de Niese has also been serving as an official Ambassador Voice for the International Rescue Committee.