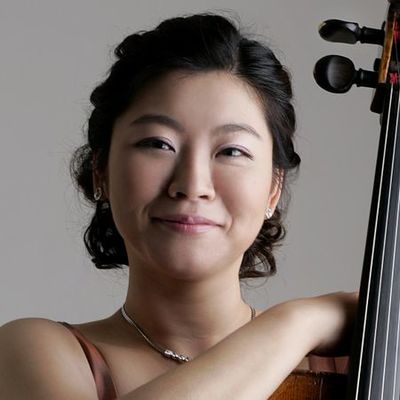 Cellist Meehae Ryo’s breathtaking technical virtuosity and captivating melody puts her as the most recognized cellist in the Republic of Korea. She endeavours to play music, which makes both herself and her audiences happy. Meehae has earned high praises for her top-notch performances. Some of the highlight of her performance are with forever queen of all pianist Martha Argerich in Tonhalle Zuerich and the violin virtuoso Schlomo Mintz in Liszt Hall Budapest. At the young age of six, Meehae had her first cello lesson. She has won all national competitions, stirring her ambition to study abroad in order to grow her musical abilities in the best musical school. She accepted a place at Julliard School at the age of sixteen, then completed her studies with DMA degree at the University of Michigan, preparing her to become a true musician. She is one of the most preferred cellists, performing with numerous orchestras, such as the Berliner Symphony Orchestra, Nuremberg Symphony Orchestra, Prague Radio Symphony Orchestra, Slovak Radio Philharmonic, Israel Symphony, Hong Kong Philharmonic, Roma Symphony Orchestra, Malta Philharmonic, Seoul Philharmonic, Korean Symphony Orchestra, Bucheon Symphony, Daegu Philharmonic Orchestra, Wonju Philharmonic, Jeju Prime Philharmonic, Cheonju Symphony, Suwon Philharmonic, Kyounggi Philhamronic, and more. With them, she stood in some of the most well-known concert halls, including Musikverein Golden Hall, Verdi Hall, Hercules Hall, Smetana Hall, Dvorak Hall, Liszt Hall, Carnegie Hall, Auditorium della conciliazione and Berliner Philharmonie Hall.

Currently, she is living in Vienna, Austria. She is actively performing over 30 orchestra concerts a year as a concert cellist and holds the title of Artistic Director of IMK (www.schwingungen.at).