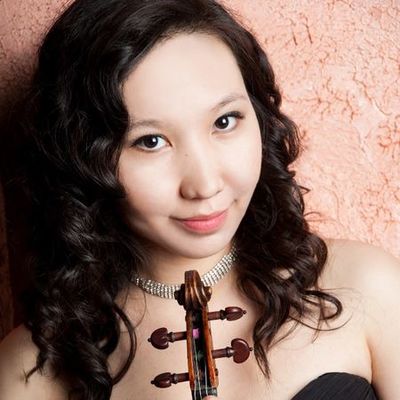 Karmenova Meruert was born in 1993 in Pavlodar. She started studying violin at the Tchaikovsky Music School. From 2004 to 2012 she studied at the Gnesiny secondary special school. In 2012 she entered the Moscow State (Tchaikovsky) Conservatory. In 2017 she graduated from the Tchaikovsky Conservatory under the direction of Tatiana Berkul. She is a graduate of the Moscow Conservatory. In September 2018, she became an artist in residence at the Music Chapel, under the guidance of Augustin Dumay. Meruert is Laureate of international competitions: In 2007, she won the 2nd prize of The II International Competition of violinists – D. F. Oistrakh in Moscow;