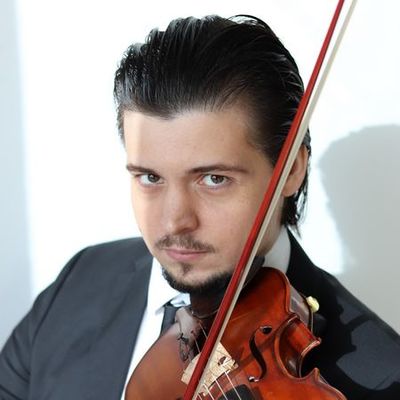 Nikolai Managazze began his studies at the Central School of Music of the Tchaikovsky Conservatory (Moscow, 1998) at the class of Professor Ara Bogdanian at the age of seven. From 2005 to 2008 Nikolai took master-classes from Professors as Zakhar Bron, Viktor Pikaisen and Boris Belkin. From 2009 - with Nikolay Chumachenko, Sylvia Markovici, Virginia Robiar and Boris Kushnir. In 2011 he received the "Perfection" diploma at the Conservatoire de Versailles (France). Since 2012 he studied at the Conservatoire Alfred Cortot in Paris, where he received the Diploma with the highest jury score. In 2017 Nikolai was mastering his skills under mentorship of Vladimir Neimer in State Conservatory of Uzbekistan where he finished master-degree as Symphony Orchestra Conductor.

Ultimately, Niko is the consummate charismatic artiste. His inherent urge to share his music takes him all over the world to perform and teach. In his words, "It is important to ‘surprise’ the listeners when I play, when there is a dose of unexpectedness and anticipation in the ‘story of the music’, when the listener starts to sit upright, arresting focus to be led by the music, beyond the immediate senses…in such moments, the player, listener, notes and the space, become one. And my playing is privileged to will this exhilarating trance!"