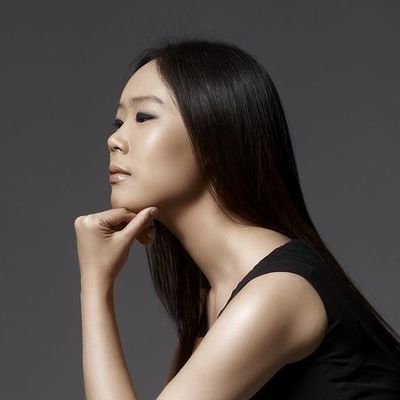 In summer 2019 Yeol Eum made her Royal Albert Hall and BBC Proms debut with the BBC Philharmonic interpreting Mozart’s Piano Concerto No. 15. Her most recent debut with the Liverpool Philharmonic (Beethoven’s Emperor Concerto) was met with high acclaim for which Johanna Roberts wrote: Yeol Eum Son throughout demonstrated the technical excellence partnered with lyrical sensitivity that have made her one of the most sought-after concert pianists in a virtuoso performance that was much appreciated by the audience. During her recent UK tour with the Iceland Symphony Orchestra, Yeol Eum returned to London’s Cadogan Hall and debuted at Edinburgh’s Usher Hall and at Basingstoke’s the Anvil Concert Hal (Ravel’s Piano Concerto for the left hand). Following her hugely successful debut with Aurora orchestra earlier in 2019, Yeol Eum was instantly re-invited and features as a soloist on their March 2020 tour under Nick Collon (Mozart Piano Concerto No.23) with concerts taking place at King’s Place in London as well as at St George’s concert hall in Bristol and at the Apex concert hall in Bury St Edmunds. Yeol Eum subsequently makes her debut with Aurora Orchestra at the opening of the Heidelberger Frühling festival.

A distinguished Mozart interpreter, in the recent concert seasons, Yeol Eum made major UK debuts with the CBSO in Birmingham (Mozart’s Piano Concerto No 21) and at London’s Cadogan Hall with the Academy of St. Martin in the Fields (Mozart’s Piano Concerti No’s 8 & 21). Her London debut coincided with Onyx CD release of a highly acclaimed all-Mozart recording featuring Mozart’s Piano Concerto No.21 with the Academy of St Martin in the Fields under Sir Neville Marriner for whom it was the very last recording. According to The Times Yeol Eum Son is a model of clarity and fleetness whilst Gramophone called the recording an uncommonly fine Mozartian debut.

An avid chamber musician, in 2018 Yeol Eum was appointed Artistic Director of Music in PyeongChang, the biggest  music festival in her native Korea. Yeol Eum is responsible for programming both summer and winter festivals at the Olympic site in PyeongChang. Further chamber highlights in 2020 include appearances at Philharmonie Cologne for collaborations with the principle players from WDR Symphony Orchestra Cologne (Beethoven’s Piano Concerto No. 4 arranged for Piano and String Quintet) and with Quatuor Modigliani.

Yeol Eum is Honorary Ambassador of the Seoul Arts Center and her home city of Wonju. A double Second Prize winner at the Tchaikovsky International Piano Competition in 2011 and at the 13th Van Cliburn International Piano Competition in 2009, Yeol Eum Son was a student of Arie Vardi at the Hochschule für Musik Theater und Medien Hannover in Germany, where she now lives. She holds a degree from the Korean National University of Arts.